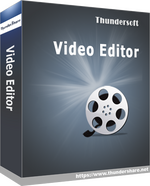 Whenever a readymade screensaver or animated wallpaper by DesktopPaints is offered here (as recently as 5 days ago) I regret that they are so poorly done and advertise so badly for the powerful software they are made with. Desktop Paints three twin (or is it triplets?) programs: Animated Wallpaper Maker, Animated Screensaver Maker and DP Animation Maker (same gui, full compatibility for projects saved in DP proprietary format .asw, the only difference being the format of the output) themselves have been absent here for over a year but, in the meantime, their dev’ has kept on working hard and this brand new 4.x version features numerous big and small improvements (changelog on their blog - but this last one seems to be missing) which altogether make the software both much richer and more pleasant to use. I will focus on the main ones (my comment will be valid for the 3 programs - hopefully, the two others will be here soon!):

One of your most frequent suggestions on this site to the dev' (right after the inevitable “make it cheaper”, “make extension packs free” etc.) has been heard: the new “add animation” window, which has been redesigned for better readability and can be left open for an easier access and multiple loads, now features a preview thumbnail for each animation or effect. They are sorted by pack (the one provided free with the program + the ones you can buy) which is probably easier for the dev', but not for the user. If you are looking for a butterfly, for instance, you will find some in the original pack, others in the extension pack, more in the nature pack, and maybe in the underwat… no, strangely, no butterflies in the underwater pack, but you see what I mean.
The picture you enter can now be resized and rotated (to rotate it: place your cursor at some distance of one of its corners and move) manually in the main window. If you enter a readymade animated GIF (accepted by DP programs, transparency supported), each of the frames, now displayed in the “add animation” window, can be moved, cloned, deleted, or even given a specific display time. And you can also create your own little animations with GIFs, PNGs etc. (but once displayed, you can’t go back and modify them – a suggestion for a future version).

Also, in earlier versions, animated GIFs had only one speed setting for both the animation itself and its motion on the background, and some animations like lightning, for instance, had only one setting controlling both speed and frequency. This was absurd; there are now two distinct settings when required.

Regarding animations, the major improvement is that they no longer have to be permanent. Depending on what they are, they can now start or stop, freeze or move, fade in or out during playback. There are two modes. The random mode is not entirely random, as you already have access to some settings, like the duration of play and pause, fade in/out etc. but the manual mode is much more sophisticated: you can set a time loop, thus theoretically create a long and complex sequence of events synchronized with one another, or with your soundtrack, with text etc., and really tell a story. I said “theoretically” because in practice… Well, see for yourself, but as far as I am concerned, until they make it more user-friendly (i.e. a single timeline, easily readable on a large window, with fixed time benchmarks on which you can precisely position all your animations and see all what you have done at the same time) or I develop better performing neurons, whichever happens first, I give up. Pity, it is a brilliant new feature, and I had many ideas for it (like showing, with a superposition of masks fading out successively to reveal what’s behind, the growth of a child, or the succession of seasons or moments of the day, with different animations and sounds for each one, etc.), but, as I predict the majority of you people, I will just try to make the most of the random mode (which can be de-randomized to a certain extent). It is only leisure, after all, and leisure is meant to relax me, not make me exhaust my vast international repertoire of curses.

A last improvement, which I know matters for some of you: dual monitor support.

You can load your projects made with previous versions in this new one (some settings will need to be redone and you might have to re-enter some animations to make new settings and capabilities show), but the opposite is not true, so do not expect to make an animated wallpaper by entering in your old version of Animated Wallpaper Maker a project enriched in this new version of Animated Screensaver Maker.

Although, version after version, DP programs give more and more the feeling that it would require an engineering university degree to fully understand and take advantage of their zillions of features and settings, using them only basically can keep your eight year old, on his/her own or with a little bit of help, quiet, entertained, and much more creative than with cartoons or video games, during an entire rainy afternoon, while he/she animates school or family photos, or designs from scratch playing at random with brushes and sliders and using the animations, pictures etc. provided. And you will be offered a digital masterpiece like you offered your drawings to your parents, but, hey, this is the 21st century.

In conclusion, to thank you all, especially Levitiquetus - and, btw, Marshland, it is HER great post, not HIS :) - for the gorgeous appreciation I received for my comment yesterday, here is a little Christmas present, made with DP Animated Wallpaper Maker and Animated Screensaver Maker (old versions):

(4 items: 2screensavers + 2 animated wallpapers. The zip is big because of the soundtracks, but everything is 100% clean and safe)

I had version 3.2.5 from an earlier giveaway. I chose to install this into the same folder. The installation process was smooth until the registration. The first attempt to enter the key locked the program up. I had to use task manager to exit it. The second attempt worked okay. Another concern is after the install was complete, I was warned by Winpatrol of a new Windows Service being set to run on my system. I rejected this offer as I have plenty of Windows Services running. I hope the publisher can explain this. Either way, thank you GOTD team and DesktopPaints.com

Many a times
DesktopPains had offered Animated Screensaver Maker and their other two programs DP Animation Maker and DP Animation Maker .
Each and every time all those programs got more than 70% thumbs down. I think this is just because of these program's less usefulness to general users. Otherwise all its features are really good . It gives you the chance to create your own customized wallpaper or Screensaver using lots of options. I was successful to create one but when I set that as wallpaper or screensaver the system became very slow .

So It is just like a nice toy with so many options for creating cool animation. I like to play with it whenever time permits me.

It was offered before and I actually liked it. Installation and activation was easy. Make sure you remove any previous install before installing the new version.

Easy to use if you quickly want to create a screensaver. I would really like to know if I am allowed to upload the screen savers to my website for free distribution as it will not really be a commercial use.

Used previous versions of this program from prior giveaways and liked it. A friend was just asking me the other day for a "winter screensaver", and this giveaway appears! :-)

One typo the publisher should address is when clicking on the button or menu item to register, the prompt says: "Enter your avtivation code". obviously should read "activation".

Akemi - ChatBot
Akemi is an application based on real dialogue that has AI.
$0.99 ➞ logiciel gratuit du jour

Would You Rather Games
What Would YOU Pick has 1,000+ unique questions for you to explore!
$0.99 ➞ logiciel gratuit du jour

The Mystery of the Crimson Manor
Discover and solve the surprising secret behind the mysterious crimson manor.
$0.99 ➞ logiciel gratuit du jour