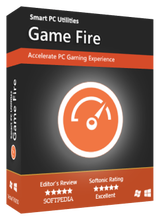 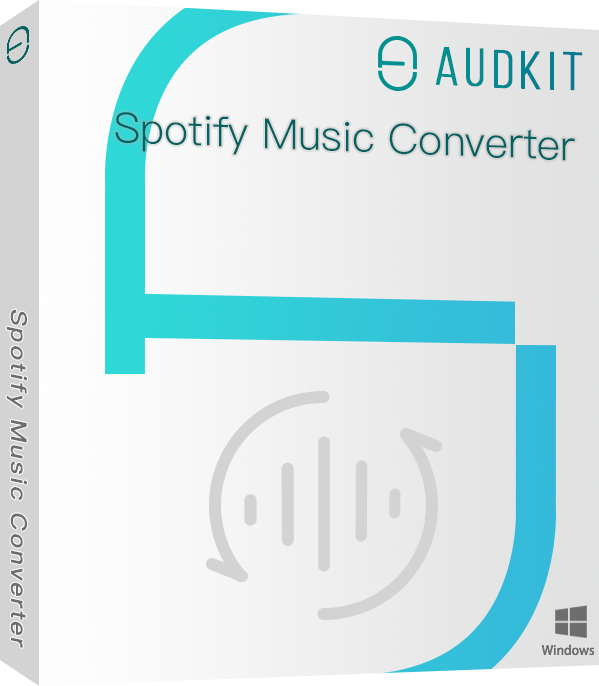 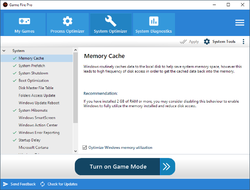 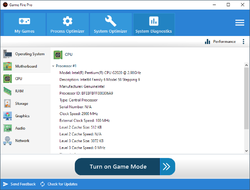 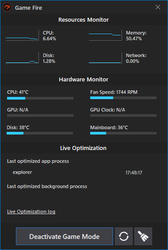 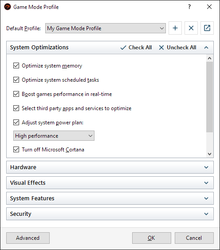 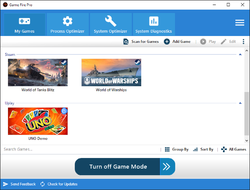 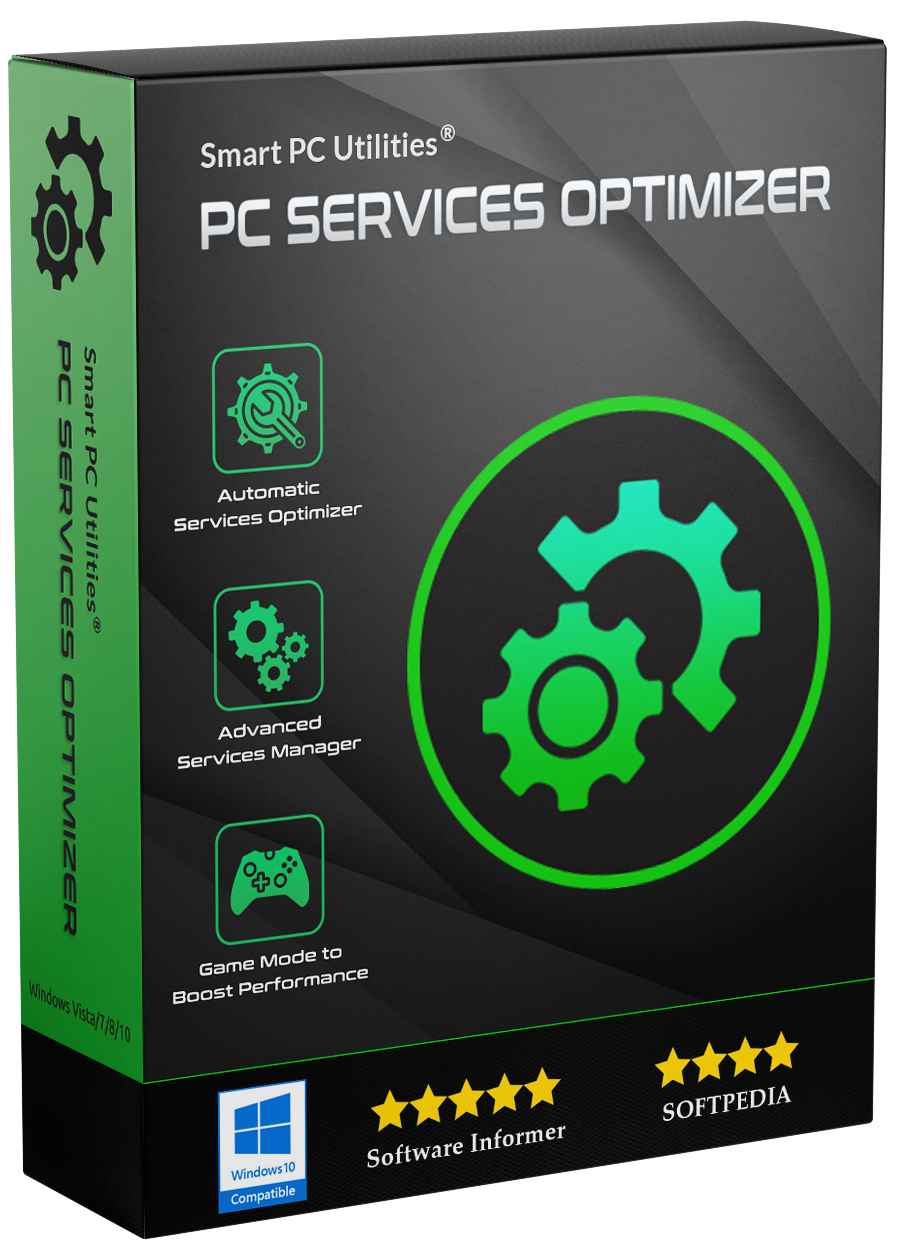 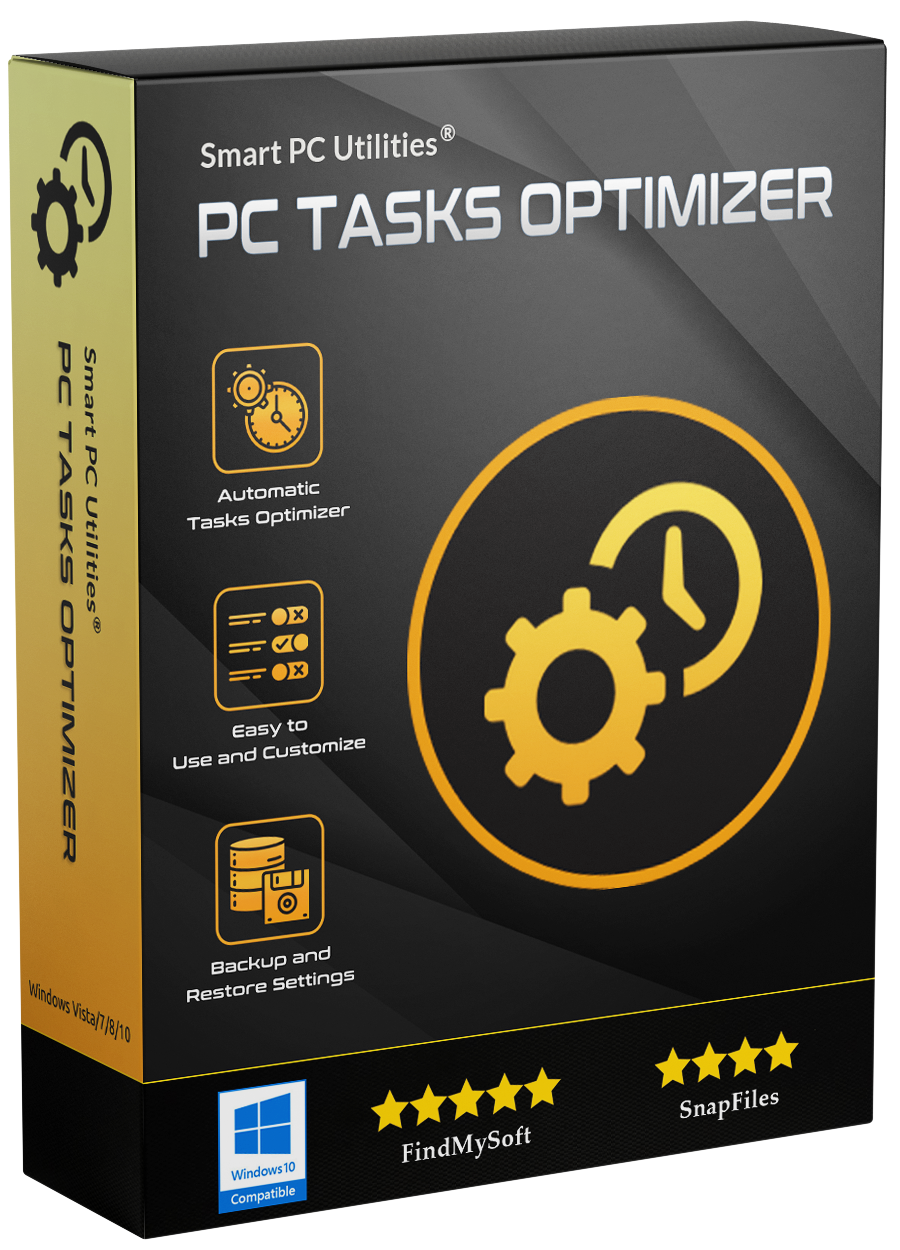 These programs won't help with game performance or boosting. If your system needs to disable background apps in order to play better, would be good idea to look at your system, more ram, SSD, CPU/GPU upgrades, etc.

As I explored elsewhere, this arrives at GOTD in same version with problems unfixed:

Crash: I wrote "... In the Process Optimizer, click on the Description column heading to sort, or click on the Publisher column heading to sort, and tell us if it crashes for you, too … I got “unhandled exception”, “Object reference not set to an instance of an object”, then the user interface crashes, though the tray icon stays, and we can open the user interface again from the tray icon ..."

Game Fire responded "... Thanks for reporting this, I can reproduce the error myself. that is because the tray app is running as separate process GFTray.exe ..."

I suggest to immediately manually change their power plan, they shut off the computer after 60 minutes, knocking it and it’s resources off my network - many of the other items in the power plan are questionable, so tune up the power plan immediately.

Initially, it seemed stable, and the computer seemed responsive, more stable and responsive than usual.

If all I had to do was tune up some settings and make the minimum processor speed 100%, shoot me for missing that.

It is special to see Game Fire pop up and actively boost foreground processes, though.

Other boosters seem a tad bit conservative compared to this.

Does anyone have a benchmark program that reveals what the difference is?

Game Fire's license is married to one computer's hardware, I’d prefer the license to convey with ME, not with the PC, such that wherever I went, I could just log in and it would log me out of the other instance.

Also, check out their other utilities from their website, even their trial versions offer some tuning.

Do a complete anti malware scan or two after installing their stuff, though … ahem.

Digging deeper, there are lots of backward-think ambiguous settings buried deep down in all sorts of different places inside this software, and sometimes selecting a [ service ], [ process ], or [ scheduled task ] to “optimise” means to turn them off … I think the programming teams for this software did not coordinate with each other very well.

Yet in the Game Module Profile, there are different profiles, and we cannot compare them to each other, and there, “suspend” means “turn off”, unless we click Advanced, then we’re back at a place where “optimize” means “turn off”.

Did different programmers of each module not talk to each other?

Clicking [ Defaults ] changes things NOT on screen ( but does not reset everything ), so we have to inspect and try to remember what we thought we might have set on any controls that are not in view when we click [ Defaults ].

There’s no way of knowing what’s turned on before or after using Game Fire, so if we “toggle” a service, process, or scheduled task, it my or may not have been on or off before, and it may or may not be on or off after – who knows?

So, we can try not to touch anything and let it act on OOBE Out Of the Box Experience defaults, or we can play with the settings, diving into the menus and modules, and hope we don’t get in our own way, as the program will not intelligently assist in making decisions with us or for us … though the System Optimization section does have explanation of each control, but I don’t know what it plans to do, for instance, it says turn off Memory Cache if we have more than 2 GB of RAM … what they mean by Memory Cache, they do not say in the program, so I tried it on and off, and the [ pagefile.sys ] is still there in [ C:\ ], and the setting in Windows [ Virtual Memory ] is the same regardless of which way I set Game Fire, so … ?!?

I asked for F Farenheit, it shows C Celcius anyway … it claims to run at 100% processor speed, yet reports about 43% processor speed … under CPU it says CPU, that’s it, no further information about CPU … and RAM is described as, wait for it, RAM … otherwise it does offer typical hardware details for me – it looks as if they are using universal programmer’s toolkits, and they are just poorly implemented, poorly integrated, see alternatives from Open Hardware Monitor, CPUId, SysInternals BGInfo, and so on instead, but it would be nice if this software always had a dashboard with indicator gauges, and simple 1-2-3 steps to see and control everything, all on screen at the same time, so if I turn off something in panel 2, I see the available RAM increase immediately in panel 4, for example.

System Diagnostics does not actually diagnose anything, it merely reports ( am I right in suspecting that it is a WMI Windows Management Instrumentation dump ? ).

The System Optimizer section seems to be independent of the Profiles section, hence my suggestion that they have 4 panels open all the time across our screen when the program is open:

… or something like that, but everything always in view while we are tuning the software.

I believe that designing a functional, intuitive user interface takes 80% of any developer’s programing resources, so if this is version 6, then I do not expect the user interface to mature into logical usability until … version 24?

After much exploration, I believe that my review above is accurate, so I recommend to make copious restore points, rebooting in between changes, so we can go back to before we played with this software, then either install and let it go to work, or if we do touch it, then we must touch it very iteratively, and take written notes off-computer on paper to keep track of what me may have touched, and make note of what each setting was and what we changed it to, because the program keep sno before/after inventory, no "go back" feature, there is no universal reset, no universal defaults, except for R&R Remove and Reinstall the whole program -- and R&R Remove and Reinstall the operating system -- and start over ... which sadly, I have done.

Are we having fun yet?

Thanks to everyone who has explored this and shared.
.

The Interactive Legend of Sleepy Hollow
By casting a modern glare on this ludic horror tale, the result is a spectacular and wholly original experience.
$3.99 ➞ logiciel gratuit du jour