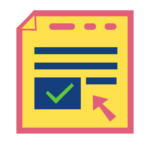 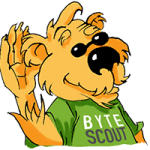 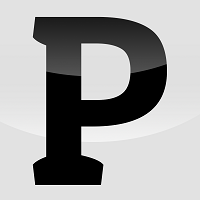 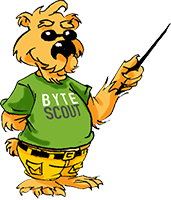 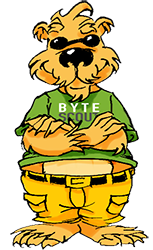 I must concede that I did not test this software... but what I thought and felt was this:

Uhh - where have all the good programming skills gone?...
A package with tools that could be programmed in some 10 KB blown up into a 96MB+ setup package... omg

I especially thought of a some small tools, that have build-in many of such features:

- EDXOR.exe, an editor in less than 50 KB(!) provides (among many special and useful possible tasks and a built-in help...) the ability to sort lines...
- good old search_and_replace tools (e.g., but not exclusively "sr.exe") can do ALL kind oft sophisticated replacements (and of course deleting, too) in just a few hundred of KB.

... that only for considerations and initial thoughts.
greetings to all ;-)

You don't need this 96MB package.
The are numerous free online text sorting tools.
You can check out TextFX Tools that is a plug in for Notepad++.

- installed - I could not resist to install :-)

the good and the bad:

- after de-installing leaves more than 50 MB of junk...

- but wait:
at least in my Windows 10_x64 it left in c:\Users\\AppData\Roaming\ByteScoutLinesSorting the installer for this tool (and of course that was NOT scrambled with the GOTD software installer...):
the file name was "__installer.exe"

not good style and behaviour - but it just outlines and extends the notes of my first comment...

.
Regarding what file ByteScout Line Sorting Tool Business ( Business ? ! ? ) works on, it doesn't, it works on typed-in text or pasted-in text only.

Not very sophisticated for a 156 MB installation ( ! ), and some features fail, such as

-- [ Trim spaces ] apparently means [ Remove leading spaces per line, and leave one trailing space per line if there were one or more spaces at the end of a line, but ignore duplicate spaces within a line ].

-- [ Remove duplicates ] also leaves duplicate spaces, but considering the name of the program, it means [ Remove Duplicate lines ] -- yet whitespace differences, which are ignored by other tools, defeat [ Remove duplicate ( lines ) ] from seeing lines whose only differences are leading or trailing spaces as essentially the same:

There is no differentiation between line-tools and character-tools, we have to try each tool and see what they work on.

There is no highlighting what will be changes or has been changes or comparison between before and after.

At least you can [ Undo ] an apparently unlimited number of times, BUT, it will undo manually typed text until there is only one line remaining, whereupon, if you want your manually typed text back, simply [ Redo ] as many times as needed to have the program put your text back -- a re-typist, so to speak, if you want to see your typing come back on demand, perhaps there are creative ways to implement this in a screen capture, like watching the opening titles to "Murder She Wrote" TV show.

There is no search and replace!

It cannot convert CAPITALS to smalls or make Title Case, let alone CameL CasE, it works on lines or characters only, and cannot identify words as duplicates such as and and and and.

There are web pages where I can cut and paste errant text and fix ALL CAPS or aLL cAPS, which is my most egregious challenge.

What I really need is a smart [ Caps Lock ] key fixer, then my majority reason for investigating programs like this will be gONE ( ! what's G-One ? ! ? ) -- free [ Toggler ] by Aestas Software is almost 18-years old and is becoming unreliable even in mere antique Windows 7, does anyone have alternatives to [ Toggler ] ?

It's easier for me to cut and paste messy lines of text into Microsoft Word ( or even Excel ) where I can easily
-- search and replace all sorts of things, including
-- replacing line feeds with hard returns,
-- eliminating duplicate paragraph markers,
-- eliminating duplicate spaces and spaces before and after paragraph markers,
-- replace whitespace with space,
-- fix curly quotes and curly apostrophes to straight,
-- replace ellipses with three periods,
-- replace em and double-em with hyphens,
and so on, all easily hot-keyed into a macro for a one-keystroke cleanup, accomplishing in one keystroke many things this program can't even do at all.

This is a cute free utility, a programmer's self-inflicted tool to fix their own programming errors, now released to the public, a tease to get us to check out the other offerings by the vendor, but it is not worth paying for until it has capabilities equal to or superior to MS Word ( which is often free or cheap ) and or free alternatives to MS Word.

Offering to toggle working on [ lines ] and or [ words ] and or [ characters ] would be a significant improvement.

All programs that works with text -- documents and spreadsheets and web-page editors -- already have better in-built capabilities to accomplish what this programs claims and fails to do.

Perhaps we need reminders of the search and replace tools and other smart line-savvy and word-savvy and character-savvy editing tools already in our possession under our fingertips in our existing programs.

"... if we think we need anything more than WordPerfect,
then we have not investigated WordPerfect enough ..."
-- -- perennial PC industry quote first heard ~40 years ago
.

Warning: The program does not give you the option of where to install.

For those with solid state c drives - you may wish to pass.

Angry Butterfly
After decades of sad and rainy days in the forest, the sun finally came out and it is more annoying than ever.
$0.99 ➞ logiciel gratuit du jour

WALKER – workouts, pedometer
WALKER is a wellness game, the purpose of which is to motivate to be more active and more healthy.
$0.99 ➞ logiciel gratuit du jour

Rap App
We provide thousands of rhyming phrases so you never run out of things to rap about!
$1.99 ➞ logiciel gratuit du jour