Giveaway of the day — Protected Folder 1.2 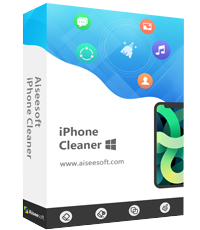 Protected Folder is designed to protect your files and folders with a password, so they can not be seen, read or modified by others. If you are concerned with privacy, data theft, data loss, or data leaks, Protected Folder is an ideal tool for you.

Advanced SystemCare Pro 8 is an all-in-one PC optimization utility, which specializes in ONE-Click solutions to detect, clean, repair, speed up and protect your PC. With newly added Protect module, the program provides quick access to protect browsing from being tracked, automatically cleaning privacy traces once browser is closed; detects and resists the attack of malicious plug-in/toolbar by Browser Anti-Tracking and Plug-in/Toolbar Cleaner in this tab.​

Driver Booster Pro is an effective and easy-to-use driver updater, which analyzes outdated drivers automatically and installs the right update for PCs with just ONE click. The newly adopted online database ensures that drivers are always the latest. Moreover, it's specially designed to tweak drivers for peak gaming performance. It's the right driver update tool to protect PCs from hardware failures, conflicts and system crashes.

HP SimplePass
Log in to your system and web browsers using fingerprint management.

this si not a giveaway!

it's just a 6 months license. No thank you

This is a 6 month's license. Now let us say, you like this software and have locked away tonnes of very important data using it into the "protected folder".
7 months later you are in trouble. Suddenly you have no access to your very important data.
There are freeware versions of the same genre. Use your common sense when deciding whether to use such for the prescribed purpose.

There's a delicious irony about that: software sold on the basis that it'll always keep your files safe, being instantly defeated by Windows' Safe mode.

But failing to protect your files and folders is only one of the curiosities here. Failing to protect your wallet is another. As noted earlier, 'Protected Folder' began life as freeware, but then iObit began charging for it. After that though, iObit hit on the idea of making 'Protected Folder' the cash cow that it is today: by making it available only on a rental basis, not a purchase basis. In other words: by hooking the punter into a deal whereby he or she stumps up money every year to iObit for something which, of course, doesn't change every year and which requires not a centsworth of developer time, or developer investment, in that period.

iObit, which isn't backwards in coming forwards when there's a good idea to copy, adopted this practice from the AV sector, where specialist outfits spend a fortune on researching and updating virus definitions every day of the week. The overhead there is so expensive that even Malwarebytes has had to switch to annual licensing so as to help recover the costs incurred in the maintenance of its anti-malware product.

iObit doesn't do anything with, or to, 'Protected Folder' month by month, never mind day by day, but sits back and waits for the $money to roll in, knowing that computer users are as fallible as anyone else and so a dependable percentage of the 'Protected Folder' user base will forget the password during the course of the year and, come renewal time, will then stump up the renewal charge just to keep the software running so they can continue to access their own 'hidden' files.

No blame attaches to iObit for this. Like anyone, anywhere, it is free to choose whether or not to test the truth of the old adage that though you can't fool all of the people, all of the time, you can certainly have a go at fooling some of the people, some of the time. If people are, therefore, idiotic enough to rent -- not buy -- to rent a piece of easily defeated 'protective' software, then that's their own fault. Not iObit's.

There is, of course, no reason to pay for any software which keeps your computer's contents safely out of view only until your computer is started in Safe Mode.

Rival developer Wise has been locked in battle with iObit for many a year, and though it charges for its utilities suite in the same way iObit does, it offers its Wise Folder Hider entirely free. There is no difference between iObit's 'Protected Folder' and Wise's 'Hide Folder': both do the same thing; both function properly only if Windows fully loads on start-up; both can be instantly defeated by even the most inexpert snooper of your computer.

Ultimately though, this kind of makes-it-invisible software is barely one step up from doing it yourself and using Windows' own provision to 'hide' whatever file you like, something that's probably sufficient for any user who seeks only a temporary solution, albeit one which is easily reversed by anyone who knows how to simply alter Windows' hide/unhide file attributes.

Impossible, then, to recommend today's giveaway even as a download. Not only is this not a purchasable product in the sense of being able to be acquired on a permanent basis in exchange for a single cash payment, it's a rental which, today, is being offered with just six months' free usage.

If that strikes you as a bargain, then by all means go ahead and grab it. If it doesn't, and you really do wish to make a serious attempt to protect sensitive files, sensitive data, then it's a simple job to hop over to YouTube and watch the little demo videos on how to use VeraCrypt / how to use Safehouse, two freeware offerings which trounce anything from iObit or Wise.

Thanks, then, GOTD, but no thanks. Feeding the cash cow that is iObit's rentalware 'Protected Folder' has never made any sense. Offering it here on GOTD on a mere 6-month rental simply confirms that.

Installed and registered without problems on a Win 8.1.3 Pro 64 bit system. The last time I hope... A clean install with one service.

A company without name and address, known for the IOBIT system care.
"Founded in 2004, IObit provides consumers with innovative system utilities and security software for superior PC performance and security. With more than 100 awards and 200 million downloads worldwide, IObit is a recognized industry leader in PC optimization and security software."

And a legal notice without a legal contact partner:
"Both Talent International Limited ("IObit") provides information and products on this website, subject to the following terms and conditions. By accessing this site, you agree to be bound by these terms and conditions."
http://www.iobit.com/en/legal.php

We had had this software in version 1.2 on December 17, 2013. Here are the old reviews:
http://www.giveawayoftheday.com/protected-folder-1-2/

Upon start you enter your password, in the option you can change language from Hebrew, Swedish to Vietnames, define the slider option and start.
Is this a new version?
http://i.imgur.com/IRefExP.png

For a short test I wanted to lock the downloaded zip file of this GOTD:
http://i.imgur.com/Iqji0ss.png

The second test with another file succeeded. Remember, your file is as long "locked" or "invisible" as this programs service runs. If you boot from another system or in safe mode, all files/folders are visible and accessible. Be aware of this. It works as long and good, as the actual system is running. This is surely sufficient for most users.

When Karl says, "Uninstalled via reboot" You have to understand that Karl NEVER installs any such software on his machine, but rather works on a virtual machine, that he works only on RAM only the download file resides on his hard drive.

When he is finished evaluating the software, he simply reboots his computer and the software is gone into that great big bucket in the sky. Hence, "Uninstalled via reboot." Please be aware that that is the prudent way for software testers to evaluate software for review purposes.

I am not a fan of time limited software but I appreciate the offer and the effort that went into posting this give away. Here are some free alternatives if you miss out on this....

Pícture Collage
Pícture Collage is the all-in-one story editor that offers everything you could wish for in stories editor.
$0.99 ➞ logiciel gratuit du jour

Hook
No menus, no achievements, just you and a puzzle.
$0.99 ➞ logiciel gratuit du jour